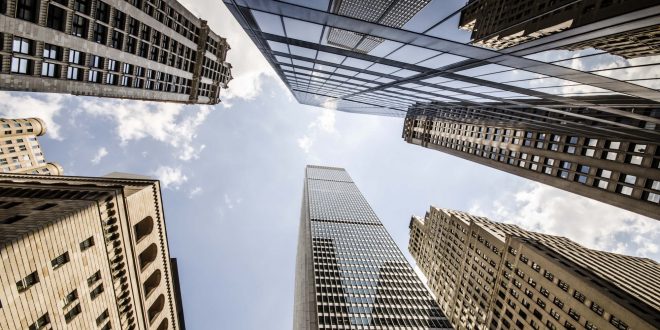 No universal phenomenon stands isolated…unlocking unlimited economic growth is considered the holy grail for some aspiring speculants and has been on the search since the invisible hand of Alan Smith has caressed us. Now, some claim that unlimited economic growth has already been achieved trough the staggering overconsumption we sweat upon. The true measurement of the concept is the over-obesity of the wealthy nations and the spiraling pool of mediocrity the human race dwells into. This article is not about those sad people…its about the life of the truly underprivileged and how their economic horizons can be unlocked.

Asking the question whether the existence of unlimited growth is possible, one must take into consideration the variety of dependencies, parallel hypothetical outcomes and brave leaps of faith in order to provide a satisfactory and holistic answer. “Economic growth is the increase in the inflation-adjusted market value of the goods and services produced by an economy over time. It is conventionally measured as the percent rate of increase in real gross domestic product, or real GDP” (IMF, October 2012).

Stating complexities and following economic rules is a malfunction. What is not, however, are the 4 prerequisites of economic growth, that if achieved, would lead to a prolific revolution of 3rd world counties. Here is what I have in mind:

1. Property ownership — probably the first prerequisite to unlock economic growth. Owning land creates tremendous incentives to develop products or services. It is your land therefore it is your production. It does not belong to the state or someone else. You are empowered to craft your own destiny. It is the primal animal instinct to protect and develop your own turf and to give just so many darns about someone else’s . Maybe it’s ego, may be it’s a survival instinct, may be both…and if you don’t trust me, experience a quick retrospection some 30 years ago…take a deep look into the lands where communism was dancing. The dance was called publicly owned everything — including land. And it was a crippled dance indeed — no one cared what or how to produce, at the end of the day we all get the same pay check so why bother?

2. The scientific revolution — have you seen those electric plugs with an embedded USB socket? It is sooo convenient to charge your phone, right? Where have you been all my life USB socket…well, just a quick reality check — I have seen places where the only physical thing that a household has ever purchased was a bucket. A 15 liter yellow bucket with a sole purpose of transporting water from point A to a 7-kilometer-away point B. And back. That’s funny, right? Google’s Artificial Intelligence has learned to translate languages on it’s own (meaning that it (or he or she?)has created it’s own language to correlate unknown languages), we are thinking of colonising Mars any time now and there are some people in the Southern part of Sudan that only posses a bucket. With all due respect, but these counties need to the be economically enabled through technology. And that includes medicine. There is no way to advance without innovations in any sphere of life. Point.

3. Competition — competition is, supposedly, an obligatory prerequisite for growth. According to the oxford dictionary “ An event or contest in which people take part in order to establish superiority or supremacy in a particular area”. It could be assumed that “superiority” and “supremacy” are considered hostiles terms — suitable of depicting war time conditions. And of course, competition lies within the foundations of wartime objectives, but economically speaking — the phenomenon of competition is deemed as a rather positive than a negative aspect. In a market economy, competition forces service/product providers to provide quality. Simply, if your product/service is of inferior quality (all other conditions being equal) than mine, it is obvious that I will have a far greater market share, more profits, better car, larger house, etc. Consequently, you need to improve the product/service being offered so that your business survives. And that’s where you are forced to innovate. Innovation can be anything from process optimisation, new technologies, new go to market strategies or anything that is new and efficient to power up the business. As, Peter Drucker, one of the most globally successful entrepreneurs says : “Innovation is the specific instrument of entrepreneurship. The act that endows resources with a new capacity to create wealth”. It is also essential to notice that competition promotes flexibility and flexibility augments the scope of growth (horizontally and vertically) . If we assume that potential is unlimited but resources are scarce (often met in newly formed entities), flexible, just in time and lean approaches are required so that optimal market fit is achieved.

4. Sustainability — economic, social and environmental, sustainability has been a trendy term since the mid 90s but it seems that finally an adequate notion of the idea is taking place. It looks as if mankind is finally exiting puberty and is comprehensively self- actualizing itself. The UN global summit on global warming held in Pars in 2015 has reached an agreement to reduce CO2 emissions as quickly as possible. There has been a 12-pager stating the actions of doing so. Moreover, sustainability penetrates not only the environmental perspective but also the economic one. Corporate Social Responsibility has been growing as a corporate cultural phenomenon — from charity fundraising to pet-day-care for employees. Corporations now use their CSR policies not only to ameliorate their immediate environment but also to attract talent - so they need to be creative and effective. There is also a term called social entrepreneurship — a way for NGOs to actually monetize and become significantly self-sustained and not so reliable to donations. All that — sweet enough, but how does it affect third world counties? Well, did you know that the internet speed in Eastern Europe is much faster then the one in the West? It is largely because, the Eastern counties omitted the ADSL technology and skipped directly to fiber optics. What I want to point out, is that developing economies have a rare luxury to adopt effective and established best practices, but also to avoid proven failures. Therefore, best sustainable, cost effective practices can be seized.

Moral of the story — developing counties can unlock growth if certain prerequisites are met. Surely, easier said then done, but we see positives examples as in the face of Kenya or Pakistan for instance. Following the 4 prerequisites of economic growth would inevitably lead to progress.