Начало / In English / Political Elites of supremacy. You want to be there. 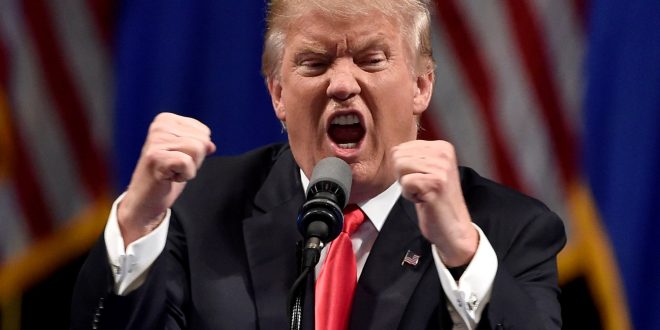 Political Elites of supremacy. You want to be there.

What is a political elite? What does it do? Are elites a good or a bad thing? Here are some suggestions:

The Oxford dictionary states that: “A select group that is superior in terms of ability or qualities to the rest of a group or society” is known as an elite. That does make you feel a little duh, doesn’t it? Especially if you were not born as special as your mum have always claimed you were. If you are feeling elitaristic or were born out of kryptonite (a.k.a. superman), most likely this article ain’t your bite. But there you go — elites are people or group of people who are superior. And we all know that is absolutely fine… and, yes, there are people that overachieve in some areas of life then others (remember Michael Phelps)…unless, somewhere in our teenhood, we discovered pubic hair and the term political elite.

Political elites tend to form a specific, superior societal cast even in most prolific democracies. They (politicians) have special statutory rights, you know the little things — diplomatic passports, private cars, public-money-fueled jets and all sorts of nice perks, because they were elected by the quotidian mortals we all tend to be. Irony aside, “Pareto postulated that in a society with truly unrestricted social mobility, elites would consist of the most talented and deserving individuals; but in actual societies elites are those most adept at using the two modes of political rule, force and persuasion, and who usually enjoy important advantages such as inherited wealth and family connections (1915/1935, paras. 2031–34, 2051 in Elite Theory in Political Sociology — John Higley, University of Texas at Austin ).”

This statement provides not only a negative perspective on elites — “force and persuasion” as well as “inherited wealth and family connections”. It does make one wonder about the maturity of our civilization and the degree of human evolution. As mentioned, the cream of the cream — namely political elites, are supposed to be the omnipresent role model of humanity in general…and I am talking democracy here, forget about dictatorship states. I guess it turns out that democracy, or governance by the public, is more of a plutocracy — governance by the rich and wealthy. The best we came up as a form of governance is somehow fake. And it was not only until the beginning of the 20th century in the U.S. when a voting equilibrium emerged. Not only color-skinned people were not allowed to vote but underprivileged and poor were detained from their voting capacity… the greatest democracy of all time! And things have changed only superficially — have you seen a poor republican for instance? Are you aware of the lobbying principles and how political parties get funded (these are all rhetorical questions, but if you don’t know — Michael Moor can give you the soap series you were asking for).

Now let us remember the Bush family — two U.S. Senators, two Governors and two Presidents (one of the two presidents also served as Vice President). The elite of the most appraised democracy created by mankind where Freedom, Self-regulated markets and Human-centric values are at the top of the value pyramid…well, statistically, the odds for a fully eligible American citizen to become a president are 1 in 10,000,000. Analogically, the odds of being struck by lightning are 1 in 7,000,000. Deductively, the odds of a father and son being elected the President of the United States of America are …impossible, right? But it happened… and there are Governors in the family as well. And what about the Kennedys or the Clintons?

Thе tribal inheritance dates back to the foundation of social establishment some 25, 000 years ago with the birth of the Homo Sapiens. Therefore, one might claim that super elites, rarely if ever, posses the values and capabilities expected from the literal definition of the term. Instead, elites are largely involved in distribution of power and wealth for themselves. “Many democrats and social radicals have rejected this “futility thesis” (Femia, 2001). They have sought to demonstrate that particular elites are not those with superior endowments or organizational capacities, but merely persons who are socially advantaged in power competitions. John Higley University of Texas at Austin)”.

So, long story short, it turns out that political elites are formed through anything but chance, and for good or bad — these elites make up the calls. May them be social like Obama care, or environmental (Long live King Trump) or decisions of true global peace importance (remember Vietnam, Iraq, Afghanistan, etc.). And it is a fact that some decision are considered good, but mostly mankind will remember the dreadful ones — all those lives lost…what is the most disturbing aspect, however, is the widening gap between the elites and the regular people. There is a ongoing trend that the rich are getting richer and the poor are getting poorer. The massive inequality is more or less created by the financial sector which is largely owned by the political elites I have been discussing. Without being too judgmental or pessimistic, I can freely conclude that the evolution of mankind has reached it’s puberty where cheap booze and unprotected sex are correlated to meaningless wealth generation and obsession for individualistic power. On the bright side — when puberty is over we all tend to have a good laugh over the mistakes we have made…let us just hope that the acne scars are not as flesh cutting as I am afraid they could be…

Find more about the author : https://medium.com/@Nedyalko